Actress, television host, internet personality, and travel enthusiast who founded the popular YouTube channel Hopscotch the Globe, where she documents her travels around the world through travel guides and hilarious sketches. Others can learn how to tour the world by watching the channel.

She was born in Toronto, Canada. She has a brother named Mike.

She started performing at an early age, especially in theater productions. She went on to college to study television and film production before landing a job at MTV Canada as a TVA, assistant floor director, and talent manager. During a 10-month voyage across the world, she published her first YouTube video.

Her blog, HopscotchTheGlobe, has won multiple awards. She was announced as USA Today's Top Travel Videographer and she has made appearances on The Social, Breakfast Television, Global, YTV The Zone and more.

She guest-starred in an episode of Angry Planet Season 4 as co-host alongside George Kourounis .

Kristen Sarah's house and car and luxury brand in 2021 is being updated as soon as possible by in4fp.com, You can also click edit to let us know about this information. 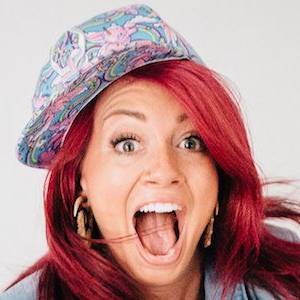