His left eye was born with a cataract. He had to have surgery to remove it when he was just a few days old. On his KreekCraft channel, he is a Minecraft and ROBLOX expert that uploads gameplay videos. As of July 13, 2020, his channel had over 2 million subscribers.

His real first name is Forrest and he is from Florida. He posted a video in June of 2016 called "My Mother Plays Five Nights at Freddy's 4!" Forrest never knew his father as he states in his Draw My Life video. Forrest grew up with his Mom always there for him. He recently hit a full year of not living with his Mom in Florida.

In April of 2014, he started a YouTube channel under the name DaKreekCraft. "Minecraft BOXES Mod - Cardboard Boxes & UPS! (Minecraft v1.6.4 Mod Spotlight)" was his debut video.

He often live streams his video game play on YouTube. He often uploads ROBLOX Jailbreak videos on his youtube channel.

Information about His net worth in 2021 is being updated as soon as possible by infofamouspeople.com, You can also click edit to tell us what the Net Worth of the KreekCraft is

In his video "Minecraft: RUMBLE GAMES - Hunger Games Survival," his Minecraft character is killed by CaptainSparklez .

KreekCraft's house and car and luxury brand in 2021 is being updated as soon as possible by in4fp.com, You can also click edit to let us know about this information. 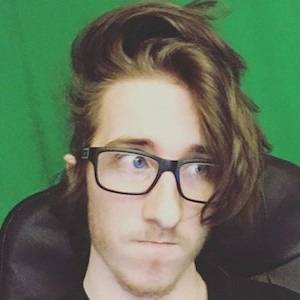