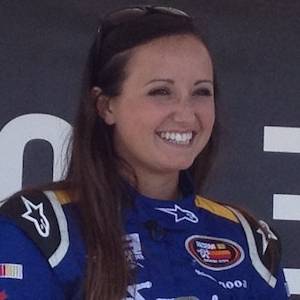 Kenzie Ruston was born on October 12, 1991 (age 30) in El Reno, Oklahoma, United States. She is a celebrity race car driver.

She is a native of Oklahoma.

When she was 14, she began racing in Bandolero automobiles. She advanced to the ultra-competitive Legends car series at the age of 16. She won the TMS Winter Series, Summer Stampede, and Series Championship in 2009, and went on to win seven more championships, including the US Legends Car Asphalt National Championship, which she became the first female to win. At TMS, she was also named Driver of the Year.

She became the first female to lead laps and finish top 10 in her ARCA debut, to win a ARCA/CRA Super Series feature, to receive the fast qualifier award for an ARCA/CRA event, and to be honored as Speed51.com's most popular driver.

She made history as a female race car driver just as Danica Patrick did.

Kenzie Ruston's house and car and luxury brand in 2021 is being updated as soon as possible by in4fp.com, You can also click edit to let us know about this information.