"Winter Blanco," as it's more often called. Kaila Wilkey is a reality celebrity, social media personality, and rapper from the United States. She became well-known after starring in the reality show 'Bad Girls Club: Social Disruption.' Kaila rose to fame as a result of the show. Her personal life, on the other hand, added to her celebrity. She has had a number of relationships. Kaila was a part of the hip-hop group 'White Girl Mob,' and is an aspiring rapper. She has sung cover versions of a variety of popular songs as a singer, and some of them are available on 'SoundCloud.' Kaila also has a YouTube channel where she vlogs. Makeup tutorials and storytimes are the mainstays of the channel. She also has her own jewelry brand, which is influenced by her 'Bad Girls Club' style.

She has gained notoriety for her relationship with Sean Combs ' son Justin Combs . Her mother's name is Melissa.

She first joined the social media realm in December 2013, when she created an Instagram account and posted her first images.

She has become insanely popular on social media, particularly on Instagram where she has more than 700,000 dedicated followers.

On the sixteenth season of Bad Girls Club, she stars alongside Tabatha Robinson .

Kaila Wilkey's house and car and luxury brand in 2021 is being updated as soon as possible by in4fp.com, You can also click edit to let us know about this information. 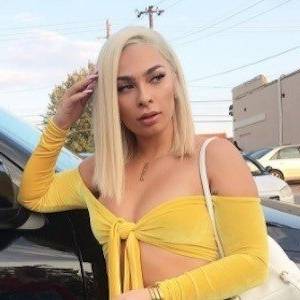