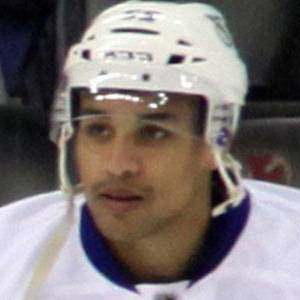 NHL right winger who played in the 2015 Stanley Cup Finals with the Tampa Bay Lightning. At the 2012 IIHF World Championships, he was a member of the United States national team.

His father Ted Brown was an NFL running back for the Minnesota Vikings.

Before signing with the Lightning as an undrafted free agent in 2012, he played two seasons of collegiate hockey for the University of Minnesota-Duluth.

He scored his first career playoff goal in a 6-2 Lightning win over the Montreal Canadiens in Game 2 of the 2015 Eastern Conference Semi-Finals.

He and center Cedric Paquette became frequent linemates on the Lightning during the team's 2015 playoff run.

JT Brown's house and car and luxury brand in 2021 is being updated as soon as possible by in4fp.com, You can also click edit to let us know about this information.