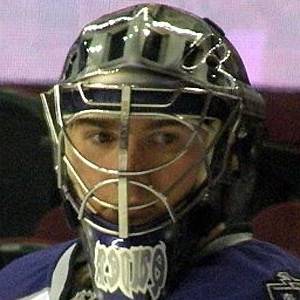 Jonathan Douglas Quick is an American professional ice hockey goaltender for the Los Angeles Kings of the National Hockey League . Quick was selected in the third round, 72nd overall, by Los Angeles at the 2005 NHL Entry Draft.

After guiding the Los Angeles Kings to a Stanley Cup triumph in 2012, he was awarded the Conn Smythe Trophy. In 2012, he was named to his first NHL All-Star game, and with the Kings in 2014, he earned his second Stanley Cup victory.

He had a daughter named Madison and a son named Carter with his wife Jaclyn Quick.

In 2007, he and the University of Massachusetts won the NCAA Championship.

He won an Olympic silver medal with the U.S. National Team at the 2010 Vancouver games.

He won Stanley Cup championships with All-Star center Anze Kopitar in 2012 and 2014.

Jonathan Quick's house and car and luxury brand in 2021 is being updated as soon as possible by in4fp.com, You can also click edit to let us know about this information.