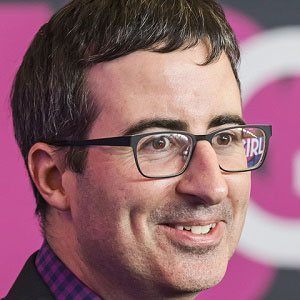 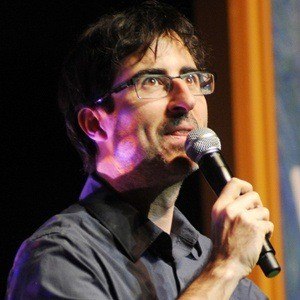 John William Oliver is a British-American comedian, writer, producer, political commentator, actor, and television host. Oliver started his career as a stand-up comedian in the United Kingdom. He came to wider attention for his work in the United States on The Daily Show with Jon Stewart as its senior British correspondent from 2006 to 2013. Oliver won three Primetime Emmy Awards for writing for The Daily Show and was the show's guest host for an eight-week period in 2013. In addition, Oliver co-hosted the satirical comedy podcast The Bugle with Andy Zaltzman, with whom Oliver had previously co-hosted the radio series Political Animal, and hosted John Oliver's New York Stand-Up Show on Comedy Central from 2010 to 2013. He has also acted on television, most notably in a recurring role as Professor Ian Duncan on the NBC sitcom Community, and in films, notably voice-over work in The Smurfs , The Smurfs 2 , and the 2019 remake of The Lion King. He became a US citizen in 2019.

John William Oliver is a well-known comedian, writer, producer, actor, and television personality from England. He is most recognized for his work on "The Daily Show with John Stewart," a news and comedy show for which he has won three Emmy Awards. He was born in the West Midlands of England and attended Christ's College, Cambridge University. He was a member of the legendary Cambridge Footlights Comedy Troupe during his stay at the institution. He continued to compose and perform comedy around England after graduating. Later, he co-founded Political Animal, a political radio show, and appeared on Mock the Week on a regular basis. He achieved the pinnacle of his career as the senior British reporter on 'The Daily Show with Jon Stewart,' where he worked for seven years. He's also appeared in TV programs including People Like Us and Danger Mouse as a guest star. In the American animated feature The Smurfs,' as well as its sequel, The Smurfs 2,' he voiced one of the supporting characters. He has received six Emmy Awards throughout his career, out of a total of twelve nominations. Other significant accolades he has received include the Writers Guild of America Award, the Dorian Award, and the Webby Award.

He met his wife Kate Norley at the 2008 Republican National Convention. The two were married in 2011 and had a son named Hudson in 2015.

He started his comedy at the Edinburgh Fringe Festival after graduating from university and then relocated to New York to pursue stand-up comedy.

He spent eight weeks in 2013 hosting The Daily Show when Jon Stewart was away.

John Oliver's estimated Net Worth, Salary, Income, Cars, Lifestyles & many more details have been updated below. Let's check, How Rich is He in 2021-2022? According to Forbes, Wikipedia, IMDB, and other reputable online sources, John Oliver has an estimated net worth of $35 Million at the age of 45 years old in year 2022. He has earned most of his wealth from his thriving career as a Actor, Screenwriter, Comedian, Television producer, Voice Actor from England. It is possible that He makes money from other undiscovered sources Reliable sources show that his annual salary is about $8 Million

He and Stephen Colbert became two of The Daily Show's most successful former correspondents.

John Oliver's house and car and luxury brand in 2021 is being updated as soon as possible by in4fp.com, You can also click edit to let us know about this information. 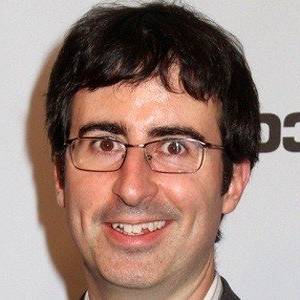