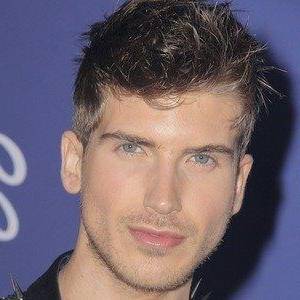 Joseph Michael "Joey" Graceffa (; born May 16, 1991) is an American YouTuber, vlogger, actor, author, producer, and singer. He runs four active YouTube channels, all named after him. His main channel is dedicated to vlogging, while the second features video gaming content. The third is for daily vlogs, and the fourth is a react channel. His channels have a combined total of more than 2.9 billion views. He was a contestant on the 22nd and 24th seasons of The Amazing Race, and has appeared in a handful of short films as well as creating and hosting Escape the Night, an unscripted, unrehearsed web series, distributed by YouTube via its paid-subscription service YouTube Premium. He appears in all four of the seasons with several other YouTubers, including Liza Koshy, Shane Dawson, Colleen Ballinger, and Rosanna Pansino.

Joseph Michael Graceffa, better known as Joey Graceffa, is an American YouTube personality, author, actor, singer and producer. This 25-year-old is recognized for his two YouTube channels, both of which are named after him. One channel is used for vlogging and the other one contains gaming content. Graceffa updates his channels almost daily and even create vlogs with other well-known YouTubers. Besides having numerous channel subscribers, this internet sensation is extremely popular on other social media platforms as well. As of March 2017, he has 3.54 million followers on his Twitter handle. Besides running his own YouTube channel, Joey Graceffa works with ˜AwesomenessTV', another YouTube channel that he operates in collaboration with Lia Marie Johnson and JennXPenn. Well, this famous personality is also known as an actor, author and singer. Yes, you read that right! Graceffa has appeared in a handful of films and TV shows. He won the Streamy Award for ˜Best Male Actor in a Dramatic Web Series' for ˜Storytellers' in 2014. Joey Graceffa has even co-authored a novel titled ˜Children of Eden' that was released in 2016.

He grew up with his family in Boston before moving on his own to California to pursue his career. His parents divorced when he was young. He has a brother named Jett and a sister named Nicole. He began dating Daniel Preda in 2014, and the ended their relationship in 2020.

He started his YouTube career making videos with Brittany Joyal before the two parted ways in 2012.

He launched his own web series on Teen.com called Joey's Dystopia. He released a book in 2015 titled In Real Life: My Journey to a Pixelated World; in the book he announced that he was gay.

Joey Graceffa's estimated Net Worth, Salary, Income, Cars, Lifestyles & many more details have been updated below. Let's check, How Rich is He in 2021-2022? According to Forbes, Wikipedia, IMDB, and other reputable online sources, Joey Graceffa has an estimated net worth of $12 Million at the age of 31 years old in year 2022. He has earned most of his wealth from his thriving career as a Actor, Television Director from United States. It is possible that He makes money from other undiscovered sources

He is good friends with many fellow YouTubers, including Cat Valdes and Louise Pentland.

Joey Graceffa's house and car and luxury brand in 2021 is being updated as soon as possible by in4fp.com, You can also click edit to let us know about this information.