English music and film producer who became Queen's manager in 1974. He has produced films like "Death Machine", "Final Cut" and "The Reflecting Skin". He is the trustee of the Mercury Phoenix Trust, an AIDS-focused organization, and EMI Music Sound Foundation, an independent music education charity.

He and his wife Claudia Beach have a son, Ol Beach.

He became Queen's manager after acting as their lawyer.

The band nicknamed him Miami because of his last name.

Information about His net worth in 2021 is being updated as soon as possible by infofamouspeople.com, You can also click edit to tell us what the Net Worth of the Jim Beach is

He is alive and well and is a celebrity talent manager

Tom Hollander played him in Bohemian Rhapsody, the 2018 film that he himself produced.

Jim Beach's house and car and luxury brand in 2021 is being updated as soon as possible by in4fp.com, You can also click edit to let us know about this information. 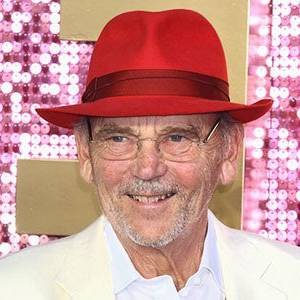