From an early age, he was a well-known skateboarder who appeared on shows like Disney's Getcha Head in the Game. He competes in street, vert, and bowl contests across the world, including the Kia World Extreme Games.

He grew up in Mesa, Arizona, where his family owns a skatepark and gymnastics facility known as Kids That Rip. He has three younger siblings, Jagger , Koston and Hendryx .

At the age of seven, he began skateboarding at his family's skatepark in Mesa, Arizona.

He is most well known for being one of the youngest kids to start skating the 80 foot tall MegaRamp, opening doors for a new generation to follow.

His younger brother, Jagger Eaton , followed his footsteps into the skateboarding world.

Jett Eaton's house and car and luxury brand in 2021 is being updated as soon as possible by in4fp.com, You can also click edit to let us know about this information. 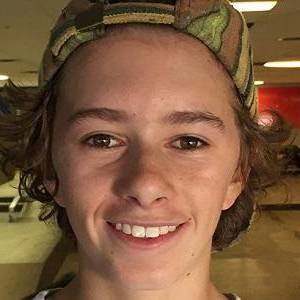