Jerome John Garcia was an American guitarist, singer and songwriter, best known for being a principal songwriter, the lead guitarist and a vocalist with the rock band the Grateful Dead, of which he was a founding member and which came to prominence during the counterculture of the 1960s. Although he disavowed the role, Garcia was viewed by many as the leader of the band. He was inducted into the Rock and Roll Hall of Fame in 1994 as a member of the Grateful Dead.

Jerry Garcia was an American guitarist and musician best known for being a founding member of the rock band The Grateful Dead. The mid-1960s rock band was recognized for its unusual and varied style, which incorporated elements of rock, folk, bluegrass, blues, reggae, country, and psychedelia. During the counterculture era, he gained to notoriety as the group's primary guitarist and vocalist, and was also regarded by some as the band's spokesman. The Grateful Dead took over the hearts of music fans not just in America, but all across the world for nearly three decades. Jerry Garcia established a name for himself as a co-founder of the world-famous musical group, but he also got involved in other ventures, the most significant of which was the Jerry Garcia Band. He had a close friendship with bluegrass mandolinist David Grisman, with whom he frequently cooperated to play. Garcia had a dark side, despite his brilliance and talent: he was a heavy smoker and drug user. As a diabetic, his health deteriorated in the 1990s as a result of his addictions. He died of a heart attack in 1995, while he was only 53 years old.

In a wood-chopping accident, he lost two-thirds of his right middle finger, which gave him his distinct guitar playing technique.

Garcia was inducted into the Rock and Roll Hall of Fame in 1994.

Bob Weir, the rhythm guitarist for the Grateful Dead, spread Garcia's ashes into the Ganges River in India on April 4, 1996. 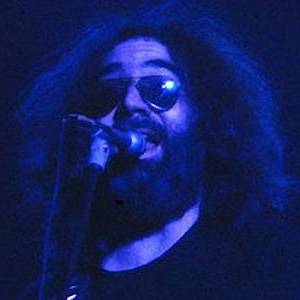