Jason William Mizell , better known by his stage name Jam Master Jay, was an American musician and DJ. He was the DJ of the influential hip hop group Run-DMC. During the 1980s, Run-DMC became one of the biggest hip hop groups and are credited with breaking hip hop into mainstream music.

He was known as the DJ and producer of the influential 1980s hip-hop group Run-D.M.C. He was born Jason Mizell.

At the age of three, he picked up his first musical instrument, a trumpet.

He was murdered in a New York recording studio in 2002.

He was the longtime partner of Joseph Simmons in Run-D.M.C.. 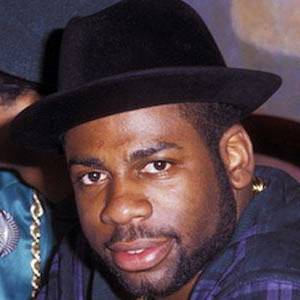