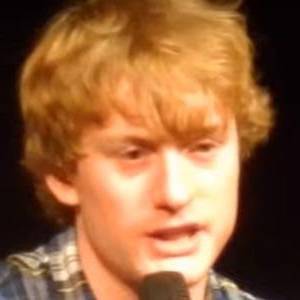 James William Acaster is an English comedian, writer, and presenter.

Comedian who was nominated for an Edinburgh Comedy Award for his act "Prompt" in 2012. In 2013, he was also honored by the New Zealand Comedy Guild.

He was raised in Kettering, Northamptonshire, England.

Three Line Whip and Pindrop, both from Northamptonshire, used him as their drummer.

He co-hosted a radio program called "My First Gig."

He appeared in 2011 on Chris Addison 's Show and Tell.

James Acaster's house and car and luxury brand in 2021 is being updated as soon as possible by in4fp.com, You can also click edit to let us know about this information.

● James Acaster was born on January 9, 1985 (age 37) in England ● He is a celebrity comedian ● His nationality is British● He joined tvshows named Taskmaster (Since 2015), James Acaster: Repertoire, The Great British Bake Off... (Since 2014), Richard Osman's House of... (Since 2017) and Hypothetical ● His popular book is James Acaster's Classic Scrapes - The Hilarious Sunday Times Bestseller● He attended Northampton College● You can find His website below: http://www.jamesacaster.com/