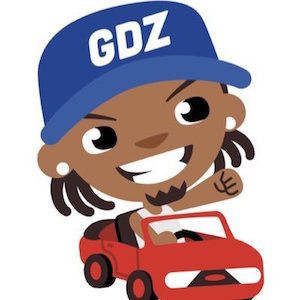 GotDamnZo was born on May 31, 1991 (age 28 years) in California, United States. He is a celebrated youtube star. His genre is Hip-Hop/Rap. He was nominated for BET Social Awards for LMAO!.
Zoie Fenty, better known by his online alias GotDamnZo, is an American video content creating phenomenon. Initially famous on Vine, he racked up about 1.2 billion loops on the app at the height of its popularity. After Vine shut down for good, he transitioned to YouTube and YouNow. Filled with his signature sassiness and hilarious opinions, Fenty's content is all about his life moments. From fun vlogs to silly challenges, his YouTube and YouNow channels have everything to make anyone go crazy with laughter! He also frequently interacts with his fans and followers through live streams. Talking about his YouTube channel's popularity, his channel has managed to earn more than 937k subscribers as of May 2018. The American video content creator is incredibly famous on Instagram as well, with a fan base of over 3.3 million. In addition, he has millions of admirers on Facebook too! On a personal note, Fenty is a crazy and funny guy whose sense of humor is unbeatable. He is a person who often hangs out alone and also frequently travels with his good friends.

His video content creating career began in late 2013 with YouTube, but his Vine career began taking off in early 2014.

He created series on his YouTube channel called Dats Tha Story and The Life of TT.

As our current database, GotDamnZo is still alive (according to Wikipedia, Last update: January 6, 2020).

Born in California, he would later live in Atlanta, Georgia. He has a brother and a sister.

He tagged Vine star Katie Ryan in a Vine called "U just got fired, wrecked ur car, lost your wallet, your relationship ended, And the next door neighbors child wants to play."

● His genre is Hip-Hop/Rap● He was nominated for BET Social Awards for LMAO!

Did you REALLY just WATCH this | ASMR Juicy Crab MUKBANG


Let's comment immediately with GotDamnZo
Famous people you can choose