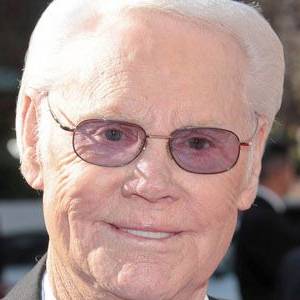 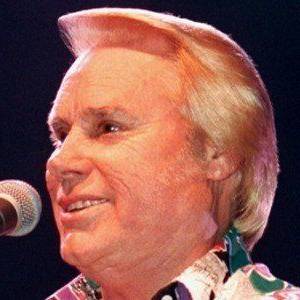 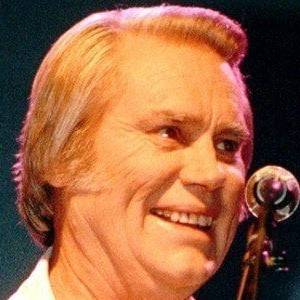 George Glenn Jones was an American country musician, singer, and songwriter. He achieved international fame for his long list of hit records, including his best-known song "He Stopped Loving Her Today", as well as his distinctive voice and phrasing. For the last two decades of his life, Jones was frequently referred to as the greatest living country singer. Country music scholar Bill Malone writes, "For the two or three minutes consumed by a song, Jones immerses himself so completely in its lyrics, and in the mood it conveys, that the listener can scarcely avoid becoming similarly involved." The shape of his nose and facial features earned Jones the nickname "The Possum". Jones has been called "The Rolls Royce of Country Music" and had more than 160 chart singles to his name from 1955 until his death in 2013.

Country singer with a career that spanned more than fifty years and included classics such as "White Lightning." During his lifetime, he released over 150 songs.

He married Dorothy Bonvillion in 1950, then Shirley Ann Corley, then Tammy Wynette on February 16, 1969, and then Nancy Sepulveda on March 4, 1983. He had a total of four children, Georgette , Susan, Jeffrey and Bryan.

He grew up in a household with two sons and five females. He began playing as a street musician when he was nine years old, when he received his first guitar.

He was featured in many duets, including "She Once Lived Here" and "You Can't Do Wrong" with Ricky Skaggs .

He appeared in the music video for "All My Rowdy Friends Are Coming Over Tonight" by Hank Williams Jr. 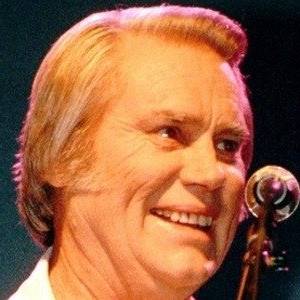