Eve Hewson is an Irish actress. Her first major role was in the 2011 drama film This Must Be the Place, and she made her television debut as Nurse Lucy Elkins in the 2014 Steven Soderbergh series The Knick. She has appeared in films such as Blood Ties , Bridge of Spies , and Robin Hood . In 2020, she starred in the miniseries The Luminaries. In 2021, she starred as Adele in the Netflix miniseries Behind Her Eyes.

She is an Irish actress best recognized for her portrayal as Mary in the 2011 film This Must Be the Place. In the 2013 film Blood Ties, she played Yvonne.

Her father is Paul Hewson, also known as Bono of the legendary rock group, U2.

In 2005, she had her first acting role in the short film Lost and Found, which she co-starred in with her sister Jordan.

She co-starred in the Steven Soderbergh TV drama called the Knick alongside Clive Owen .

She appeared in the 2013 film Enough Said, which was one of James Gandolfini 's final films before his passing.

Eve Hewson's house and car and luxury brand in 2021 is being updated as soon as possible by in4fp.com, You can also click edit to let us know about this information. 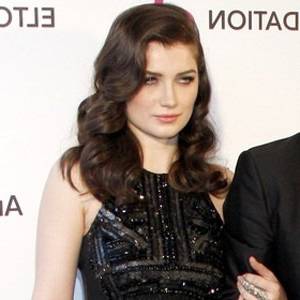