Eva Marisol Gutowski is an American YouTube influencer and actress with over 11 million subscribers on Youtube. She graduated from Brea Olinda High School in Brea, California. She also attended California State University at Fullerton. She was ranked #4 in Variety's Famechangers Digital Star Ranking list. People termed her YouTube's fastest growing star. She has also been included in Billboard's Social Media Stars list. In mid 2016, she played herself but was titled as "The Journalist" in the first season of Escape the Night in a main role and returned briefly in the second season's pilot episode. She is the author of a lifestyle and advice book titled My Life as Eva: The Struggle is Real. She also starred in a YouTube Red web series called Me and My Grandma that premiered on Gutowski's Youtube channel on March 22, 2017.In August 2017, MTV announced that Gutowski would join the revamped Total Request Live as part of a rotating social media correspondent position alongside fellow YouTubers, Gabbie Hanna, and Gigi Gorgeous.In 2019, she appeared in a PETA ad, protesting marine parks that keep mammals and other animals imprisoned in tanks.In 2020, she appeared in the "We the People" segment in the 2020 Democratic National Convention with her father.

Eva Gutowski is a well-known YouTuber and beauty guru who has become a YouTube hit with her channels "MyLifeAsEva" and "Eva Marisol," where she broadcasts videos on topics related to beauty and fashion. Although she aspired to be a movie diva or a doctor as a child, fate had other plans for her, and she was gradually pulled to being a reporter and entertainment host. She worked as a clerk in a mom-and-pop pizza business before becoming a YouTube beauty guru and vlogger with her beauty and fashion makeup lessons, which became quite popular. These films are aimed mostly at young people and teenagers and include fashion, hair, and makeup tutorials. As a YouTube entertainer, this young diva has a long list of accomplishments. Her YouTube channel currently has more than 7 million subscribers. She has a lot of accomplishments while still in her early twenties, including being named one of YouTube's fastest growing stars, being placed number four on Variety's Famechangers Digital Star Ranking list, and being included in Billboard's Social Media Stars list.

She was born in Orange County and has a sister named Maya . She dated Adam Bartoshesky from 2016 until 2018. She also previously dated Andrew Kingsbury and Alex Hayes .

She wanted to be an actor or a psychiatrist when she was younger. She knew she aspired to be an entertainment host and reporter when she grew older.

She worked as a cashier in a mom and pop pizza shop and studied journalism in college.

Both she and Clio Zammateo enjoy YouTube success as beauty gurus.

Eva Gutowski's house and car and luxury brand in 2021 is being updated as soon as possible by in4fp.com, You can also click edit to let us know about this information. 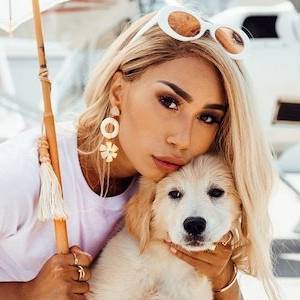