The Phoenix Suns picked a combo guard with the first choice in the second round of the 2018 NBA Draft. In 2017, he was a vital member of France's under-20 squad, which won bronze in the FIBA Europe Under-20 Championship.

His father was Congolese and his mother was French. He has a sister and two brothers.

He began his club career with JSA Bordeaux when he was 16 years old. From 2015 to 2018, he was a member of the Élan Béarnais Pau-Lacq-Orthez youth squad.

He dropped 44 points as a member of Pau-Lacq-Orthez during Game 1 of the playoff series against first-seeded Monaco in May of 2018. The game helped his draft stock rise.

He and DeAndre Ayton were both part of the 2018 rookie class for the Phoenix Suns.

Elie Okobo's house and car and luxury brand in 2021 is being updated as soon as possible by in4fp.com, You can also click edit to let us know about this information. 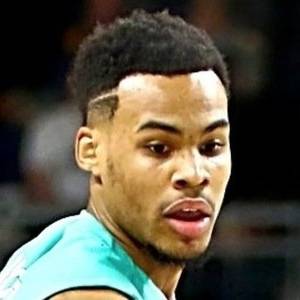