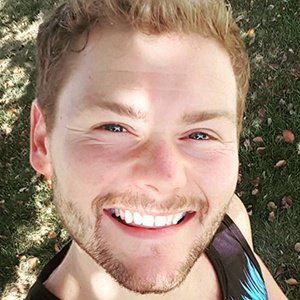 Some fact of Drew Lynch

Drew Lynch was born on August 10, 1991 (age 28 years) in Indianapolis, Indiana, United States. He is a celebrated comedian. Drew Lynch's height is 5 ft 4 in. His weight is 65 kg.
Drew Lynch is an American stand-up comedian, actor, YouTube Star, and social media influencer. He gained fame after appearing in the 10th season of ˜America's Got Talent'. He aspired to become an actor as a child; however, life had other plans for him. At the age of 20, Lynch suffered an injury while playing softball. As a result, he developed a stutter. Undaunted, and with the support of his friends, he started to pursue a career as a stand-up comedian. He wanted to show the world that any situation can be transformed into something positive. When he made his first appearance on the stage of ˜America's Got Talent', his story and act convinced Howie Mandel, one of the show's judges, to press the Golden Buzzer. He eventually was eliminated in the finals, losing to the season winner, ventriloquist Paul Zerdin. Following his success on the show, Lynch's YouTube channel gained traction. Also featuring his service dog Stella, the channel has gained over 1.6 million subscribers and more than 100 million views to date.

Information about Drew Lynch’s net worth in 2020 is being updated as soon as possible by infofamouspeople.com, You can also click edit to tell us what the Net Worth of the Drew Lynch is

Upon developing the stutter, he developed a passion for writing and performing stand-up.

He's widely known for his self-titled YouTube channel where he hosts bi-weekly Dog Vlogs to his more than 1.5 million subscribers.

As our current database, Drew Lynch is still alive (according to Wikipedia, Last update: January 6, 2020).

He was born in Indiana and raised in Las Vegas. His father is Tim Lynch.

Howie Mandel used his Golden Buzzer to send Drew straight to the quarterfinals after his audition. His comedic inspiration is Bo Burnham.