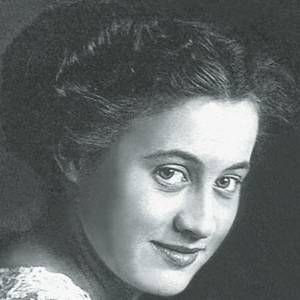 Dorothy Gibson was born on May 17, 1889 (age 57) in New Jersey, United States. She is a celebrity titanic survivor.

After becoming famous as a survivor of the 1912 Titanic disaster, Gibson starred in a silent film based on the event and titled Saved From the Titanic. During her one-year-long film acting career, she appeared in a total of twenty-five movies; the only one that survives is a 1912 picture titled A Lucky Holdup.

Born Dorothy Winifred Brown, she grew up in Hoboken, New Jersey and New York, New York as the daughter of John Brown and Pauline Boesen and, after her father's 1892 death, as the stepdaughter of John Leonard Gibson. From 1910 until 1913, she was married to George Henry Battier, Jr.

One year prior to boarding the Titanic, she made her silent film debut in A Show Girl's Stratagem and went on to play the role of Molly Pitcher in the 1911 movie Hands Across the Sea. During the early 1900s, she also had a prolific career as an artist's model.

In the early 1900s, she had a half decade-long affair with Universal Pictures co-founder Jules Brulatour.

Information about Dorothy Gibson’s net worth in 2021 is being updated as soon as possible by infofamouspeople.com, You can also click edit to tell us what the Net Worth of the Dorothy Gibson is

In 1912, Gibson and Mary Pickford were the two film actresses who brought in the largest paychecks.