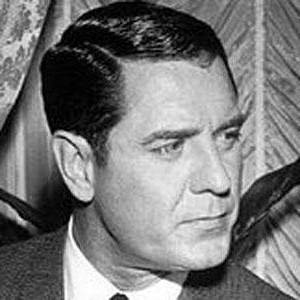 Craig Stevens was an American film and television actor, best known for his starring role on television as private detective Peter Gunn from 1958 to 1961.

Acclaimed film and television actor best known for his role in Abbott and Costello Meet Dr. Jekyll and Mr. Hyde. He made his film debut in Murder Without Tears in 1953.

He earned his bachelor's degree in dentistry from the University of Missouri in Kansas City in 1936.

He was a part of his college's drama club, which enabled him to rethink his career as a dentist and enter the acting game.

He worked with director Blake Edwards on the 1981 comedy, S.O.B.