Christine Josephine Cavanaugh was an American actress, who had a distinctive speaking style and provided the voice for a large range of cartoon characters. She was the original voice of Chuckie Finster in Nickelodeon's Rugrats and the voices of Gosalyn Mallard in Darkwing Duck, Bunnie Rabbot from the Sonic the Hedgehog Saturday-morning cartoon on ABC, Oblina in Aaahh!!! Real Monsters and the titular characters from Babe and Cartoon Network's Dexter's Laboratory.

On Rugrats, he was the voice of toddler Chuckie Finster, and on Dexter's Laboratory, he was Dexter.

She got divorced from her husband in the early 2000s after having multiple children with him.

Her first role as a voice actress was in the 1998 film David and the Magic Pearl, which she won.

She was immortalized to film audiences for providing the voice to the title character in the 1995 family classic Babe.

She worked with Elizabeth Daily as one of the original voices for Nickelodeon's Rugrats. 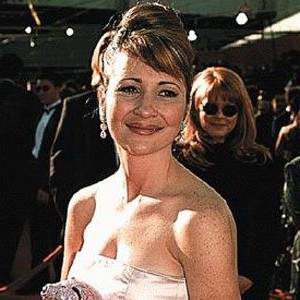