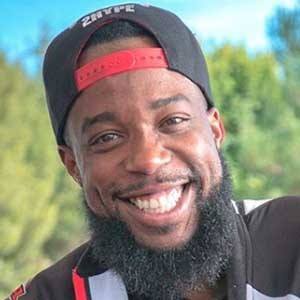 Some fact of Cash Nasty

Cash Nasty was born on December 4, 1990 (age 29 years) in Vidalia, Louisiana, United States. He is a celebrated youtube star.
While the popular social media channels are full of young artists in the fields of singing and dancing, people with talent in other areas too make their careers by creating an image on these sites. One such artist who has successfully built a niche for himself with sheer hard work and determination is Cash Nasty. He used to work as an assistant manager at Wal-Mart. He started his career at a young age immediately after completing his schooling. However, Cash Nasty wanted to have a career in acting and media. He always wanted to make a career making other people laugh and celebrate. Hence he decided to initiate his presence on social media sites for the purpose of achieving his objectives. Thus he opened his profile pages both on YouTube and Twitch.

He worked as an assistant manager at Wal-Mart.

He won a State Art Competition in lower elementary school. He is popular on Twitch with over 550,000 followers.

As our current database, Cash Nasty is still alive (according to Wikipedia, Last update: January 6, 2020).

He was born in Vidalia, Louisiana. His brother is fellow YouTuber 50kal Mal. He started a joint channel with his longtime girlfriend AshONasty called CashNAshVlogs.

He and Chris Smoove both play NBA 2K for their respective YouTube audiences.

2Hype Guess The Sneaker Blindfolded & You Keep It!

1v1 Against DDG! One Of My Most Physical Games Ever!

The MOST RARE & EXPENSIVE SNEAKER I'VE EVER OWNED! Sneaker Vlog

BASKETBALL GAME OF THE YEAR! 1vs1 Against RICEGUM!!

HE GOT INJURED! Me & Flight vs McQueen & Kenny! 2v2 Basketball Rematch!

Taking Jesser To The Gym For Massive Arm Day Workout!