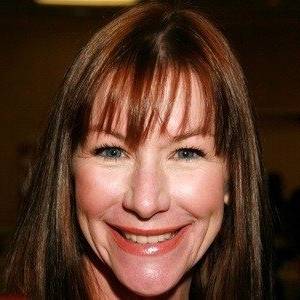 Actress who starred on Grey's Anatomy and The Mentalist in the United States. She's also appeared in a number of horror sequels, such as Texas Chainsaw Massacre 2, The Stepfather II, and Halloween II.

She was born and raised in Rusk, Texas. She married Andrew Lipschultz.

Smile was her debut film role, which she played in 1975.

She has appeared in Days of Thunder and Murder, She Wrote.

She and Christina Ricci have both appeared in Grey's Anatomy.

Caroline Williams's house and car and luxury brand in 2021 is being updated as soon as possible by in4fp.com, You can also click edit to let us know about this information.

The Hangin With Show & HWWS Web TV - 2 years ago

Caroline Williams in The Legend of Billie Jean