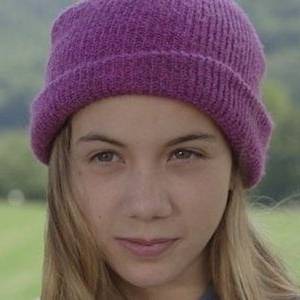 Skateboarder who became known after joining the OG Betty skateboarding team at the age of ten. She was the winner of the 2015 Vans Girls Combi Contest.

Her father and her brother Jackson got her into skateboarding when her father returned to the hobby and wanted Jack to come along as well. She would practice at home until her father got her her own skateboard for Christmas.

She began skateboarding at the age of four. She practiced and decided that she wanted to pursue it seriously and competitively at the age of eight.

She and fellow young skateboarder Alana Smith both won major awards and recognition at the Vans 2015 Girls Combi Competition.

Brighton Zeuner's house and car and luxury brand in 2021 is being updated as soon as possible by in4fp.com, You can also click edit to let us know about this information.

● Brighton Zeuner was born on July 14, 2004 (age 18) in Encinitas, California, United States ● She is a celebrity skateboarder