Brandon Awadis is an American YouTuber and basketball enthusiast. He is famous for uploading reactions, pranks, challenges, vlogs, and other fun content on his channel Brawadis. As an aspiring NBA analyst, he also posts basketball related content on his channel called BrawadisNBA. Awadis is an avid supporter of the basketball team Phoenix Suns and writes for the sports website VAVEL as the team's manager. Hailing from a family of internet celebrities, he is the brother of fellow YouTuber FaZe Rug and has featured him in a number of videos. Today, Awadis has achieved enormous popularity on YouTube as well as other social platforms. With over 3 million and over 177k subscribers on his primary and secondary channels respectively, he is attaining further success with every passing day. On a personal note, Awadis is a very witty and fun-loving man. He is friendly and charming, which makes his videos even more fun to watch!

He grew up in San Diego, California where there is no NBA franchise. He dated Jackie Figueroa from 2015 until 2017. His parents, who have appeared in his videos, are known as Mama Rug and Papa Rug.

He had created a Vine account back in the app's first year but never really made videos consistently. It wasn't until April of 2015 when he made his YouTube channel.

He studied journalism with an emphasis in media studies in college.

He is the brother of FaZe Rug and has featured Rug in a variety of different types of videos on his YouTube channel.

Brandon Awadis's house and car and luxury brand in 2021 is being updated as soon as possible by in4fp.com, You can also click edit to let us know about this information. 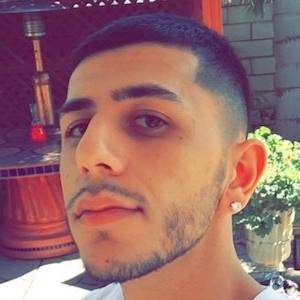