Bonnie Hoellein is an American YouTuber known for posting family-oriented videos on her self-titled channel. Her content is based on the daily lives of her family members and focuses on the milestones in the lives of her four children. In addition, her channel has several beauty and makeup tutorials as well. Hoellein likes to capture every moment of her life with the camera. She does so not just for the sake of her YouTube career but also because she wants these clips to act as mementos in her later life. The American YouTube momma loves her life to the core and wants to share her joy and happiness with the world around. Through her videos, she has got immense popularity on the social platform. As of March 2018, Hoellein has earned over 853k subscribers on her channel. She is moderately famous on Facebook, Instagram, and Twitter as well. On a personal note, she is a charming, strong, sweet, and independent woman whose priority in life is her family.

She was born to Chad and Jennifer Griffiths. She married Joel Hoellein in May 2007 and has children with him named Olivia, Cody, Lincoln and Boston.

She grew up in Utah and met her future husband while in high school. She created her YouTube channel in March 2013.

Her first YouTube video to earn 1,000,000 views was a prank video titled "Hey Jimmy Kimmel I Told My Kid I Ate All Their Halloween Candy," posted in November 2014.

Her sisters are fellow YouTubers Julie Deru, Ellie Mecham and Ruby Franke and her brother Beau also developed a following on YouTube.

Bonnie Hoellein's house and car and luxury brand in 2021 is being updated as soon as possible by in4fp.com, You can also click edit to let us know about this information.

Linda says goodbye to my parents for 2 years

We Found A Birds Nest In OUR TRACTOR

Boston Fell Out of a Tree

Cant Go on a CRUISE? Lets go to LAGOON! 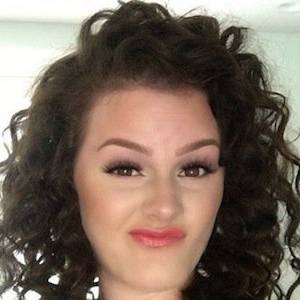