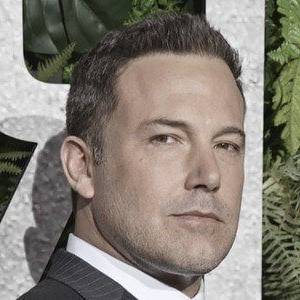 Benjamin Géza Affleck-Boldt is an American actor, film director, producer, and screenwriter. His accolades include two Academy Awards, three Golden Globe Awards and a Volpi Cup. He began his career as a child when he starred in the PBS educational series The Voyage of the Mimi . He later appeared in the independent coming-of-age comedy Dazed and Confused and various Kevin Smith films, including Mallrats , Chasing Amy and Dogma . Affleck gained wider recognition when he and childhood friend Matt Damon won the Golden Globe and Academy Award for Best Original Screenplay for writing Good Will Hunting , which they also starred in. He then established himself as a leading man in studio films, including the disaster film Armageddon , the war drama Pearl Harbor , and the thrillers The Sum of All Fears and Changing Lanes .

Benjamin Geza Affleck-Boldt or more famously known as Ben Affleck is an American movie star, director, script writer and producer. He was born in California and brought up in Massachusetts. He started acting at a very young age by staring in teleseries like ˜The Voyage of the Mimi'. It was in his high school that Affleck met his best friend, co-star and co-writer Matt Damon, with whom he co-wrote the script for the biggest movie of his career ˜Good Will Hunting'. They both received an Oscar and a Golden Globe for its script writing. Affleck has acted in many movies like ˜Pearl Harbor', ˜Armageddon', ˜The Sum of All Fears', ˜Changing Lanes', ˜Smokin' Aces', ˜Gigli', ˜He's Just Not That into You', ˜Extract', ˜Forces of Nature', etc. He made his directorial debut with the movie ˜Gone Baby Gone' and directed and wrote the script for two more movies: ˜The Town' and ˜Argo'. He recently received a Golden Globe and BAFTA for his directional skills for ˜Argo'. He is married to actress Jennifer Garner for 10 years now and has three children with her. He is being considered for the role of Batman for the ˜Batman' series and a lot of public speculation is being going around about it as people are still attached with Christian Bale's performance of it.

He married actress Jennifer Garner in June 2005. The couple announced their divorce in 2015. He and Garner have three children: Samuel, Violet and Seraphina. In 2017, he began dating Lindsay Shookus. His younger brother is actor Casey Affleck.

He was raised by Christine Anne Affleck, a freedom rider, and majored in Middle Eastern Studies at the University of Vermont.

He won an Academy Award for Best Original Screenplay for co-writing the 1997 feature Good Will Hunting with his longtime friend Matt Damon. He was cast as Batman in the 2016 films Batman v Superman: Dawn of Justice and Suicide Squad.

Ben Affleck's estimated Net Worth, Salary, Income, Cars, Lifestyles & many more details have been updated below. Let's check, How Rich is He in 2021-2022? According to Forbes, Wikipedia, IMDB, and other reputable online sources, Ben Affleck has an estimated net worth of $150 Million at the age of 50 years old in year 2022. He has earned most of his wealth from his thriving career as a Actor, Film director, Screenwriter, Film Producer, Television producer, Professional Poker Player, Businessperson from United States. It is possible that He makes money from other undiscovered sources

Kevin Smith has cast him in a number of his films including Mallrats, Chasing Amy, Dogma, and Jay and Silent Bob Strike Back.

Ben Affleck's house and car and luxury brand in 2021 is being updated as soon as possible by in4fp.com, You can also click edit to let us know about this information. 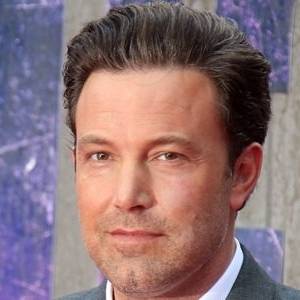