Azzyland is a Canadian internet celebrity with a huge fan base, thanks to her cosplay vlogs which she posts on her self-titled YouTube channel. This young internet star is also a cosplay model and gamer. Her channel has more than three million subscribers. After getting famous on the internet, she tried her hand at hosting. She has now emerged as one of the top presenters of the annually organized YouTube show, ˜Before They Were Famous.' As a gamer, she is closely associated with the famous video game series, ˜The Legend of Zelda.' Azzyland has also created a record on the internet by twerking for 24 hours!

She grew up in Toronto, Canada. Her real name is Azra Bajrami. She has a sister. She began a relationship with Jordi van den Bussche, AKA Kwebbelkop, in 2016.

She was introduced to video games by watching other family members play them, and she received her first game, The Legend of Zelda: Ocarina of Time, when she was seven.

She started cosplaying in 2014. She has more than 1.2 million followers on Instagram to go along with over 4.7 million YouTube subscribers.

Azzyland's house and car and luxury brand in 2021 is being updated as soon as possible by in4fp.com, You can also click edit to let us know about this information. 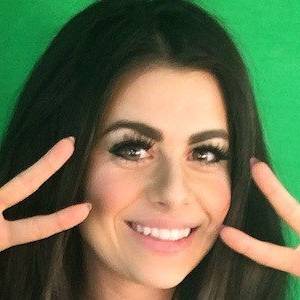