Austin McBroom was born on May 20, 1992 (age 30) in California, United States. He is a celebrity instagram star.

Austin McBroom is a former 'National Collegiate Athletic Association' (NCAA) basketball player and a 'YouTube' star. In his basketball career, he has played as a guard for 'Campbell Hall,' the 'Saint Louis Billikens,' the 'Central Michigan Chippewas,' and the 'Eastern Washington Eagles.' He also had brief stints as both a baseball player and a footballer. Austin has now become a full-time vlogger and owns a family channel titled 'The ACE Family.' He runs the channel along with his fiancÃ©e, Catherine, and has earned millions of subscribers on the platform. The term 'ACE' is actually an abbreviation of the initials of Austin, Catherine, and their daughter, Elle. Austin has gained similar popularity on 'Instagram' and 'Twitter,' too.

He is originally from Los Angeles, California. He has a brother named Landon. He became engaged to Catherine Paiz in August 2017. They have a daughter named Elle. In February 2018, they shared they were expecting their second child together.

Besides basketball, he played football and baseball at Campbell Hall School. He averaged 25 points per game his senior year on the way to being named first-team All-CIF Division 3AA.

He led the St. Louis Billikens in 3-point shooting in makes and percentage during the 2013-2014 season.

He and Jrue Holiday played together on their high school state championship team.

Austin McBroom's house and car and luxury brand in 2021 is being updated as soon as possible by in4fp.com, You can also click edit to let us know about this information. 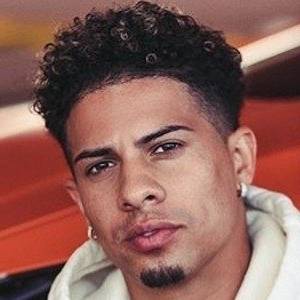