Ashley Nocera is an American WBFF pro bikini model, athlete, Instagram star, and YouTuber. She has gained fame on social media for her remarkable physique and was listed among the top five in the global WBFF bikini competitor rankings. Nocera was a very active child. When she was four years old, she began swimming and spent the following decade participating in various swimming competitions. At the age of 19, she entered and won her first fitness competition, the 2014 WBFF NYC Championships. Since then, she has taken part in the annual WBFF World Championships multiple times and has been ranked among the top ten competitors every time. By 2016, she had already become an internet celebrity. On Instagram, she presently has around 3 million followers and on Facebook, about 80 thousand followers. She is also active on YouTube. On her main self-titled channel, Nocera has accumulated an impressive number of subscribers and millions of views.

Her grandfather was a bodybuilder.

She started swimming at age 4 and swam competitively for a decade. She won the first fitness competition she ever entered at age 19.

Ashley Nocera's house and car and luxury brand in 2021 is being updated as soon as possible by in4fp.com, You can also click edit to let us know about this information. 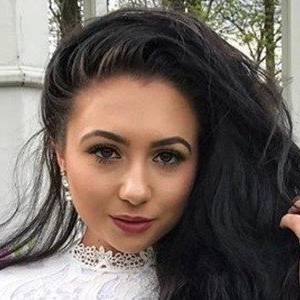