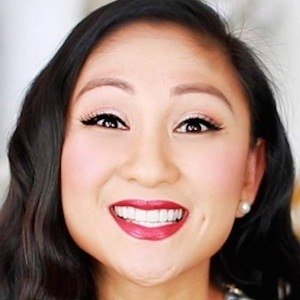 Some fact of April Athena

Scroll below and check our most recent updates about April Athena Biography, Before Fame, Trivia, Family life, Net Worth, Salary, Age, Profession and Zodiac. You can also discover more information about Current Net Worth as well as Monthly / Year Salary, Expense, Income Reports!
You can click and edit on each item to provide us with useful information about April Athena

April Athena was born on April 7, 1985 (age 35 years) in California, United States. She is a celebrated youtube star.
April Athena is a popular American YouTube star who runs three YouTube channels and regularly posts videos on them. She first created the AprilAthena7 channel, followed by CookWithApril andAprilJustinTV. The channel AprilAthena7 was created in 2009. She uploads videos on beauty, lifestyle, and DIY here. The channel has garnered a significant number of subscribers. CookWithApril was started in 2011 and has more than 265 videos. AprilJustinTV, which she runs with her husband, was started in 2013. It has almost 1500 videos. It is basically a family vlog channel. This beauty, cooking, and lifestyle vlogger is a popular social media personality as well with 190k followers on Instagram, 76k on Twitter, and 168kfollowers on Facebook. She also runs an online store called Saturday Sunshine with her husband.

Information about April Athena’s net worth in 2020 is being updated as soon as possible by infofamouspeople.com, You can also click edit to tell us what the Net Worth of the April Athena is

She has bachelor degrees in child development and family life education.

She started a third channel with her husband called AprilJustinTV, which serves as a family vlog channel. The couple also run an online store called Saturday Sunshine.

As our current database, April Athena is still alive (according to Wikipedia, Last update: January 6, 2020).

She has sons named Liam and Jacob with her husband Justin, whom she married on August 7, 2011.

She is friends with fellow beauty vlogger Judy Travis, and they have appeared in videos together.