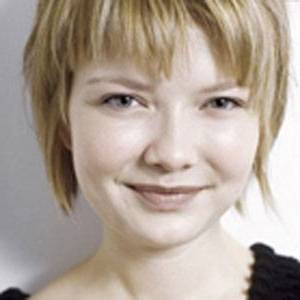 One of the youngest Emily Anderson Prize recipients, as well as a number of other prizes and trusts, such as the Royal Philharmonic Society Young Artist Award in 2010.

Her father, a double bass player, joined the London Symphony Orchestra when she was ten and her family immigrated to England.

She began playing the violin at the age of four and began performing with orchestras and for ceremonies a few years later; in 2002, she was awarded the London Symphony Orchestra Music Scholarship, which launched her career.

She worked under the guidance of Yehudi Menuhin and played the slow movement in Bach's double violin concerto for Menuhin's funeral, which she had previously played under his instruction at the Universal Declaration of Human Rights 50th Anniversary Celebration in France.

She attended the Yehudi Menuhin School, a music school for young violinists.

Alina Ibragimova's house and car and luxury brand in 2021 is being updated as soon as possible by in4fp.com, You can also click edit to let us know about this information.