Adam Henrique (born February 6, 1990) is a Canadian professional ice hockey centre for the Anaheim Ducks of the National Hockey League (NHL). He was selected 82nd overall at the 2008 NHL Entry Draft by the New Jersey Devils.

New Jersey Devils center who made his NHL debut in 2011. During the 2017-18 season, he was dealt to the Anaheim Ducks.

He was born to Joe and Teresa Henrique.

He played minor league hockey in Canada and was a part of the 2007 Canada Winter Games gold-medal-winning Ontario U17 squad.

In 2012, in his first Stanley Cup Playoffs, he scored a game-winning double-overtime goal in game seven of the Devils' first round series against the Florida Panthers.

He scored his first career goal on November 3, 2011, against Sergei Bobrovsky of the Philadelphia Flyers.

Adam Henrique's house and car and luxury brand in 2021 is being updated as soon as possible by in4fp.com, You can also click edit to let us know about this information. 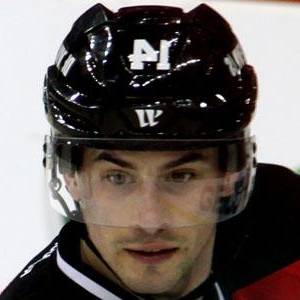