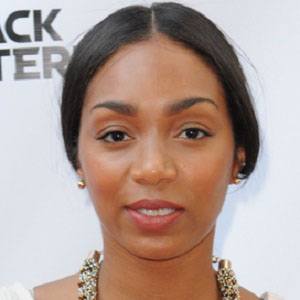 Some fact of Zaraah Abrahams

Scroll below and check our most recent updates about Zaraah Abrahams Biography, Before Fame, Trivia, Family life, Net Worth, Salary, Age, Profession and Zodiac. You can also discover more information about Current Net Worth as well as Monthly / Year Salary, Expense, Income Reports!
You can click and edit on each item to provide us with useful information about Zaraah Abrahams

Zaraah Abrahams was born on March 27, 1987 (age 33 years) in England. She is a celebrated tv actress.
Famous for her roles as Joanne Jackson on ITV's Coronation Street and Michaela White on the BBC's Waterloo Road, she is also notable for her participation in two seasons of the reality television talent contest Dancing on Ice.

Before beginning her screen acting career, she trained at London's Italia Conti Academy of Theatre Arts.

She was cast as Clarissa in the 2012 movie Payback Season.

As our current database, Zaraah Abrahams is still alive (according to Wikipedia, Last update: January 6, 2020).

She and her two younger siblings grew up in South London, England, as the children of a Barbadian-Iraqi mother and a Jamaican father.

From 2003 to 2005, she co-starred with Olivia Hallinan in the English teen drama Girls in Love.