Tayler Holder can be best described as a rising social media personality whose fame is as progressing as the knowledge of the universe. A Texan lad, he moved base to Los Angeles, California to be a part of the big league. Since an early age, Holder knew what he wanted from life “ he wanted to make it big in the entertainment world and knew that to do so he had to be in the right place. So, he packed his bags and made LA his new postal address. Tayler Holder collaborated with his friend, Joseph Birlem to come up with a YouTube channel, called Joey and Tayler. Later, in October 2013, he created his Twitter account. Following year, Tayler hit it off with his Instagram and YouNow account which today has more than 210K and 33.1K followers respectively. But the big break came with Musical.ly, a social media app that gave Tayler an edge above all the rest. Simply by sharing interesting videos, Tayler made is to the hearts of thousands of viewers and today has a fan following of more than 650, 000 people on Musical.ly alone. Though there is no doubt that it is his work that has brought him so much recognition, some credit can be given to his handsome looks and attractive personality as well.

Originally from Alvarado, Texas, he would move to Los Angeles, California. He has one brother named Trever and grew up with a dog named Eli, who's on Instagram as itslittleeli.

He has been racing motocross since the age of three.

He was able to travel overseas to Germany to collaborate with Lisa and Lena Mantler, whom he met through musical.ly. He's also good friends with Austin Brown, whom he met in 2018.

Tayler Holder's house and car and luxury brand in 2021 is being updated as soon as possible by in4fp.com, You can also click edit to let us know about this information. 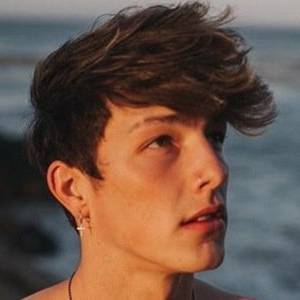