Sezairi Sezali (born 6 August 1987), more commonly known just as Sezairi, is a Singaporean musician and singer-songwriter. Sezairi rose to prominence after winning the third season of Singapore Idol in 2009.Sezairi signed with major label Sony Music Entertainment in 2015. In 2016, he released his self-titled EP. On 30 January 2020, he released his latest EP Undertones. In 2022, he became the first Singaporean artiste to achieve more than 100 million streams on Spotify.

Singer-songwriter and musician known for winning the third season of Singapore Idol in 2009. He followed in 2010 with the release of his debut album Take Two.

He married Syaza Qistina in January 2016.

He first fell in love with music at the age of five and by fourteen was learning to play the guitar to accompany his singing. He then became the frontman of the band Juxtapose.

He made his acting debut in the historical film 1965.

Jeremy Monteiro and Tabitha Nauser were both in attendance at his wedding reception in 2016.

Sezairi Sezali's house and car and luxury brand in 2021 is being updated as soon as possible by in4fp.com, You can also click edit to let us know about this information. 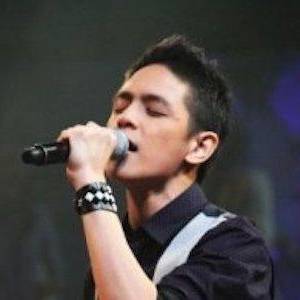