English singer who placed second on the 2011 season of Britain's Got Talent as a teenager. He has released singles like "We Are Shooting Stars" and "Move." He was signed by Epic Records after his appearance on the show, but was dropped in 2012.

He has an older brother named Declan.

He auditioned for Britain's Got Talent while attending Framingham Earl High School.

He released a self-titled album in October 2011; it reached #22 on UK charts.

Information about His net worth in 2021 is being updated as soon as possible by infofamouspeople.com, You can also click edit to tell us what the Net Worth of the Ronan Parke is

He performed Kelly Clarkson's song "Because of You" on the Britain's Got Talent finale.

Ronan Parke's house and car and luxury brand in 2021 is being updated as soon as possible by in4fp.com, You can also click edit to let us know about this information. 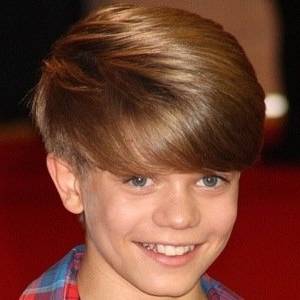