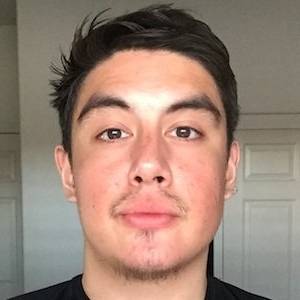 Robert Jay Perez is an American YouTuber who is the creator of the channel 'Kubz Scouts' which is popular for its video gaming content. Better known online as Jay, Perez is notable for his Yandere Simulator Myths series. He is also a comedian who makes people laugh with his fun commentaries. Born in Virginia, the YouTube gamer is a well-travelled man. He makes use of his experiences to entertain others and make his audience laugh. He also likes to make new friends on YouTube and treats all his fans and followers with great respect. Perez is extremely talented when it comes to presentation and creating gaming content. His videos are brilliant and enjoyable. Besides YouTube, the American gamer is also popular on Twitter and Instagram. Talking about his personality, he is an extremely cool and funny man. He is a caring boyfriend who loves spending quality time with his sweetheart when he gets some leisure time.

Born in Virginia, he lived in Japan for over ten years before moving to California. His ex-girlfriend and fellow gamer, Nini Hebron, came up with his YouTube channel name, Kubz Scouts. They celebrated eight years together in December 2017.

He created the channel in June of 2014 with some of his earliest videos coming from the video game Grand Theft Auto.

In August 2017, he posted a video to YouTube titled "Listening To Kpop For The First Time (It Changed my life)," in which he listened to music by Jungkook's popular band Bangtan Boys.

Robert Jay Perez's house and car and luxury brand in 2021 is being updated as soon as possible by in4fp.com, You can also click edit to let us know about this information.