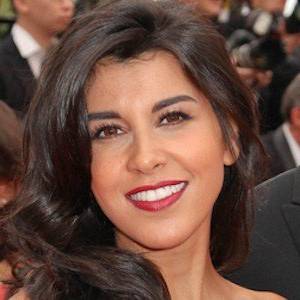 Reem Kherici (born 13 February 1983) is a French film director and actress of Tunisian and Italian descent. In 2013 she wrote and directed her first film and in 2017 she wrote and appearred in the romantic comedy film "Jour J" (D Day).

French-born actress famous for her roles in comedies like 2009's Neuilly sa Mère! and 2011's Bienvenue à Bord. She is also known for her years as a member of the comedy troupe La Bande à Fifi.

Her father is Tunisian and her mother is Italian. She dated actor Stephane Rousseau from 2010 to 2014.

She began appearing on the French radio station Fun Radio in 2002.

She made her directorial debut in 2013 with the comedy. Paris à Tout Prix. She also wrote and starred in the film.

She acted alongside Benoit Magimel in the 2016 thriller Le Convoi.

Reem Kherici's house and car and luxury brand in 2021 is being updated as soon as possible by in4fp.com, You can also click edit to let us know about this information.