Pitcher with the Cincinnati Reds in the 1930s and 1940s who became one of the best pitchers in team history.

He married three times and had one daughter, Lida.

In high school, he lettered in football, basketball, and baseball.

On May 24, 1935, he started the first night game in MLB history; his Cincinnati Reds defeated the Philadelphia Phillies 2-1.

Information about His net worth in 2021 is being updated as soon as possible by infofamouspeople.com, You can also click edit to tell us what the Net Worth of the Paul Derringer is

He was on the mound for the Cincinnati Reds when President Franklin D. Roosevelt flipped the switch to create the first night game in baseball history. 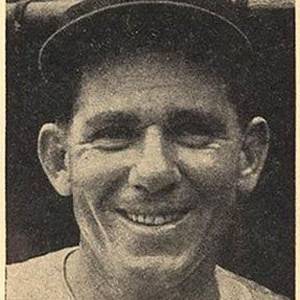