First-class player from India who is most known for his time with the Delhi cricket team. He excels in right arm off breaks and right arm medium speed while batting left-handed and is known for his efforts as an all-rounder.

He was born and raised in Delhi, India and shared a photo with his wife Saachi to Instagram in June of 2018.

In 2013, he started training with the Delhi club. He then made his first-class debut in the Ranji Trophy competition in 2015.

Information about Nitish Rana’s net worth in 2021 is being updated as soon as possible by infofamouspeople.com, You can also click edit to tell us what the Net Worth of the Nitish Rana is

Nitish Rana is alive and well and is a celebrity cricketer

He is known for having credited Ricky Ponting for helping him develop his skills in big hitting.

Nitish Rana's house and car and luxury brand in 2021 is being updated as soon as possible by in4fp.com, You can also click edit to let us know about this information. 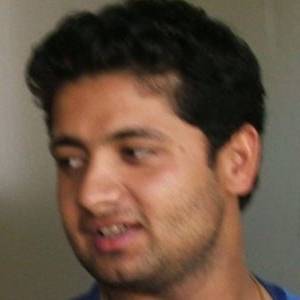