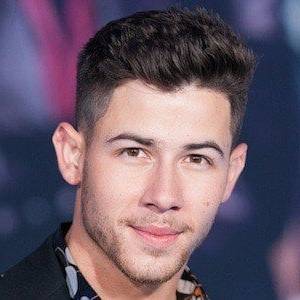 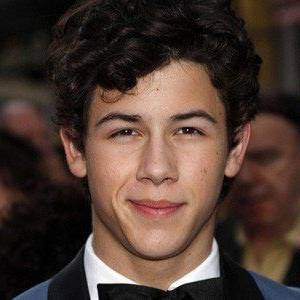 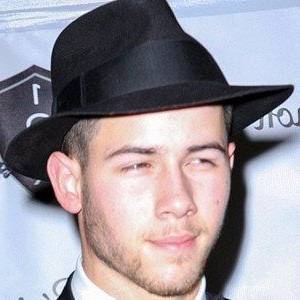 Nicholas Jerry Jonas is an American singer, songwriter and actor. Jonas began acting on Broadway at the age of seven, and released his debut single in 2002; this caught the attention of Columbia Records, where Jonas formed a band with his older brothers, Kevin and Joe, known as the Jonas Brothers. The group released their debut studio album, It's About Time, through the Columbia label in 2006. After leaving Columbia Records and signing with Hollywood Records, the group released their self-titled second studio album in 2007, which became their breakthrough record. The band became prominent figures on the Disney Channel during this time, gaining a large following through the network, and appeared in the widely successful musical television film Camp Rock and its sequel Camp Rock 2: The Final Jam , as well as two of their own series, Jonas Brothers: Living the Dream and Jonas .

Nick Jonas is an American singer, actor, songwriter, and producer who is best known for being one-third of the Jonas Brothers, a pop rock band from the United States. At the age of seven, he had his Broadway debut, and at the age of ten, he co-wrote the song "Joy to the World (A Christmas Prayer)" with his father. Columbia Records took note of the song, and he was able to release his self-titled first album as a result. The Jonas Brothers' debut album, It's About Time, was a flop, but their second namesake album gave them a breakthrough, and they went on to create two more albums. The band achieved international popularity and notoriety after starring in two Disney Channel Original Movies, Camp Rock and Camp Rock 2: The Final Jam, as well as the Disney Channel television series JONAS. The Jonas Brothers were disbanded in 2013 due to creative and other issues. Meanwhile, Nick created his own band, Nick Jonas & the Administration, and released popular albums such as "Nick Jonas" and "Last Year Was Complicated," which charted on Billboard. 'Safehouse Records,' which he co-founded with 'Hollywood Records' and 'Island Records,' issued his second album.

Born to Denise Jonas and Kevin Jonas Sr. Paul Kevin Jonas Sr., he was raised alongside three brothers, Joe , Kevin and Frankie . He dated Miley Cyrus from June 2006 until December 2007, Delta Goodrem from May 2011 through February 2012 and Olivia Culpo from 2013 to 2015. In May 2018, he began dating Priyanka Chopra and the couple got engaged just two months into their relationship.

He was found by a management when he was six years old, and by the age of eight, he was performing on Broadway.

He starred in the Disney series Jonas Brothers: Living the Dream, and appeared in the films Camp Rock and Camp Rock 2: The Final Jam.

Nick Jonas's estimated Net Worth, Salary, Income, Cars, Lifestyles & many more details have been updated below. Let's check, How Rich is He in 2021-2022? According to Forbes, Wikipedia, IMDB, and other reputable online sources, Nick Jonas has an estimated net worth of $70 Million at the age of 29 years old in year 2022. He has earned most of his wealth from his thriving career as a Musician, Singer-songwriter, Drummer, Pianist, Actor, Singer, Record producer from United States. It is possible that He makes money from other undiscovered sources

He and his brother Joe Jonas sang "Joy to the World (A Christmas Prayer)," which became a hit on on Record & Radio's Christian Adult Contemporary Chart.

Nick Jonas's house and car and luxury brand in 2021 is being updated as soon as possible by in4fp.com, You can also click edit to let us know about this information. 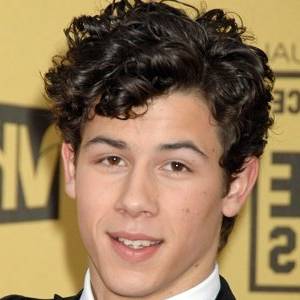