Known for his roles in Macbeth, Hamlet, A Month in the Country, and The Father, he is an acclaimed English stage and movie actor.

With his wife, Rachel Kempson, he had three children: Vanessa, Corin, and Lynn Redgrave . All of his children had prominent careers as actors.

He attended Cambridge University and briefly worked as a schoolteacher before embarking on his own acting career. He is the son of actors Roy Redgrave and Margaret Scudamore.

He was nominated for an Academy Award for Best Actor for his work in the film version of Mourning Becomes Electra.

Information about His net worth in 2021 is being updated as soon as possible by infofamouspeople.com, You can also click edit to tell us what the Net Worth of the Michael Redgrave is

He earned great acclaim for his numerous roles in the plays of William Shakespeare . 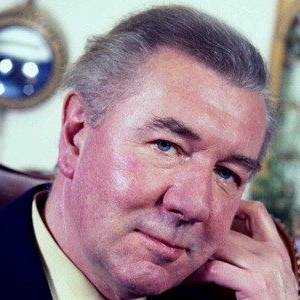