Martyna Wojciechowska (born 28 September 1974 in Warsaw as Marta Eliza Wojciechowska) is a Polish TV presenter, mountaineer, traveller, journalist, sportswoman and writer. In 2010, she completed the Seven Summits. She presents the television series Kobieta na krańcu świata (Woman at the Edge of the World), and is the editor in chief of National Geographic Poland.

She is a Polish journalist and explorer who has worked for TVN Poland, National Geographic Poland, and as the host of Woman at the End of the World.

She has a daughter named Maria and a brother named Arkadiusz.

She majored in economics and produced her debut film, How To Do It With Girls, in 2002.

She completed the Seven Summits, climbing the highest peak on each continent, when she scaled Mount Carstensz in 2010. She's also raced at the Paris-Dakar rally.

She and Maxime Chaya have both completed the Seven Summits.

Martyna Wojciechowska's house and car and luxury brand in 2021 is being updated as soon as possible by in4fp.com, You can also click edit to let us know about this information.

● Martyna Wojciechowska was born on September 28, 1974 (age 47) in Warsaw, Poland ● He is a celebrity journalist ● He joined movies and tvshows named Kobieta na krańcu świata (Since 2009), Big Brother (Since 2001), Cars (2006), Automaniak (Since 1998) and Jak to sie robi z dziewczynami (2002) ● His popular books are Move the horizon, A Woman on the Edge of the World● The parents of Martyna Wojciechowska are Joanna Wojciechowska, Stanisław Wojciechowski● He had 1 child Maria Błaszczyk● His height is 5′ 11″ 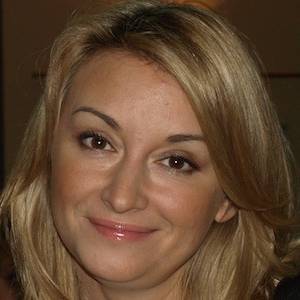