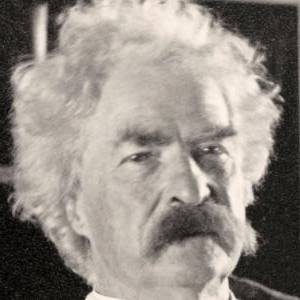 Samuel Langhorne Clemens , known by his pen name Mark Twain, was an American writer, humorist, entrepreneur, publisher, and lecturer. He was lauded as the "greatest humorist the United States has produced," and William Faulkner called him "the father of American literature". His novels include The Adventures of Tom Sawyer and its sequel, Adventures of Huckleberry Finn , the latter of which has often been called the "Great American Novel".

Mark Twain (born Samuel Langhorne Clemens) was an American author, essayist, and humorist best known for "The Adventures of Tom Sawyer" and "The Adventures of Huckleberry Finn." Twain was noted for not only his hilarious works and satire, but also for his radical views on imperialism, organized religion, and civil rights, and was dubbed "the father of American literature" by William Faulkner. He was a well-liked man who had friendships with presidents, business leaders, and even European aristocracy. He grew up in a poor home in Missouri and had a tough childhood. After his father died suddenly in 1847, the 11-year-old child was compelled to work to support his family. His early hardships instilled sympathy for the working class in him. He began his career as a river pilot's apprentice as a young guy, eventually becoming a licensed river pilot. During the Civil War, he began his literary career, and the success of his narrative "The Celebrated Jumping Frog of Calaveras County" brought him national renown, opening the door for a prosperous writing career. He was in high demand as a featured speaker since he was a well-known author with a lovely personality.

He was one of seven children born to Jane Lampton Clemens and John Marshall Clemens, and he spent his childhood in Hannibal, Missouri, which became the setting of his most famous novels. He married Olivia Langdon in 1870, and the couple went on to have four children.

Before getting his riverboat pilot's license in 1859, he worked as a printer's apprentice and wrote for a newspaper. His short story "The Celebrated Jumping Frog of Calaveras County," published six years later, gained him international renown.

He was born during and died soon after the arrival of Halley's Comet. 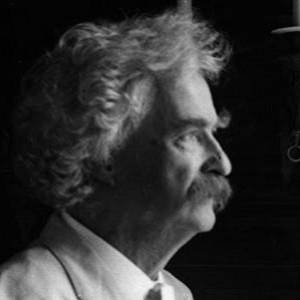