Colombian professional footballer best known for his goalkeeping for the Rionegro Aguilasa team in the Categoria Primera A division. He has also played for the Atletico Bucaramanga and Deportes Tolima clubs.

His wife Tatiana developed breast cancer and as a result, he shaves his head for most matches. He often shares photos with his two sons to Instagram as well.

During the 1999 season, he began his youth career with the Atletico Bucaramanga team. He later made his senior debut with the Escuela Carlos Sarmiento Lora club in 2001. In 2002, he joined the Alianza Petrolera club, then in 2007, he joined Real Santander.

He is also known for his social media presence and shares photos from his matches along with other lifestyle content for his over 40,000 followers.

Information about Lucho Delgado’s net worth in 2021 is being updated as soon as possible by infofamouspeople.com, You can also click edit to tell us what the Net Worth of the Lucho Delgado is

Other Colombian professional players also known for their work as a goal keeper include Rene Higuita and Carlos Bejarano .

Lucho Delgado's house and car and luxury brand in 2021 is being updated as soon as possible by in4fp.com, You can also click edit to let us know about this information. 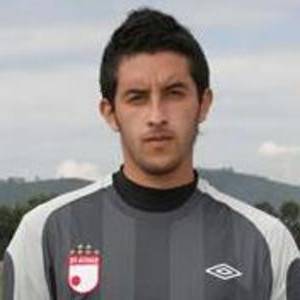