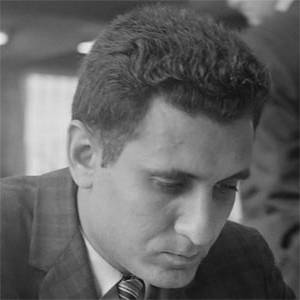 Larry Melvyn Evans was an American chess player, author, and journalist who received the FIDE title of Grandmaster in 1957. He won or shared the U.S. Chess Championship five times and the U.S. Open Chess Championship four times. He wrote a long-running syndicated chess column and wrote or co-wrote more than twenty books on chess.

American chess Grandmaster, author, and coach who won numerous US Championships and was widely regarded as the best American chess player of all time at one point.

He was born and raised in New York City.

Around the age of 12, he began competing in competitive chess competitions, and at the age of 14, he tied for 4th–5th place in the Marshall Chess Club championship.

He helped Bobby Fischer train for his chess conquests.