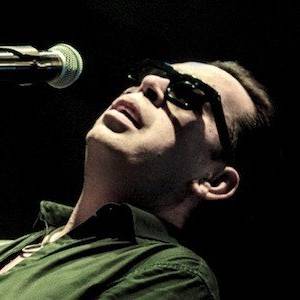 Jorge D'Alessio was born on October 22, 1974 (age 47) in Mexico. He is a celebrity world music singer. The parents of Jorge D'Alessio are Lupita D'Alessio, Jorge Vargas. His spouse is Marichelo Puente (m. 2011). Jorge D'Alessio has 1 sibling in His family: Ernesto D'Alessio.

Singer of world music who founded the Mexican band Matute, which pays homage to 1980s music. His Instagram account, jorgedalessio, has 90,000 followers.

He married Marichelo Puente in 2011. His parents are Lupita D'Alessio and Jorge Vargas.

In 2007, the band was created. Their debut performance drew a total of 14 people.

He became the producer of Aladdin, The Musical in 2011.

His band's music is heavily inspired by artists like Madonna .

Jorge D'Alessio's house and car and luxury brand in 2021 is being updated as soon as possible by in4fp.com, You can also click edit to let us know about this information.