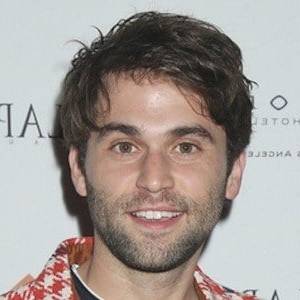 He is best known for playing Wolfgang in the Nickelodeon sitcom The Thundermans. He's also starred in a number of other famous shows, including iCarly and Parenthood, as well as feature films including Nesting from 2012.

His parents are Mike and Linda Borelli.

He was born in Columbus, Ohio, and has played with the Columbus Children's Theatre in over a dozen productions.

He considered attending art school after winning a national art competition in his senior year of high school.

He has co-starred with Kira Kosarin on The Thundermans.

Jake Borelli's house and car and luxury brand in 2021 is being updated as soon as possible by in4fp.com, You can also click edit to let us know about this information.

The Drew Barrymore Show - 1 year ago

"Grey's Anatomy" Star Jake Borelli on the Jaw-Dropping Reveal Even He Didn't Know!